Yesterday was quite the adventurous day with a lot of playing taxi and driving people here and there. While waiting for the the road home to open up due to an accident we went down to the Roots of Motive Powers "Santa Train" in Willits. Santa Claus came in on the steam train for the kids and the childlike adults. They were serving much needed hot chocolate and cookies that were enjoyed by all. Lenore, Grandma, Annika and friend Manzy rode the train while I stayed on the ground and did some photography. The cab crew invited me to ride in the locomotive but I declined because it was going to be the last run of the day and I wanted to photograph it. It turned out great because it was so cold out making the steam really stand out. God's blessings and a Merry Christmas to all, chris For you steam fans the #7 locomotive was built by the Baldwin Locomotive Works. It was built in May, 1910 and is a type 2-6-2T 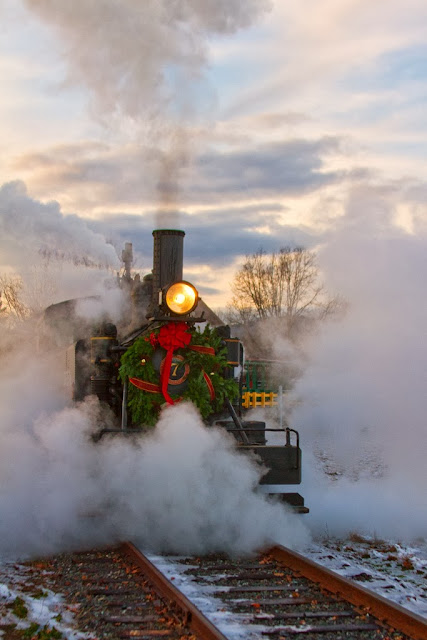 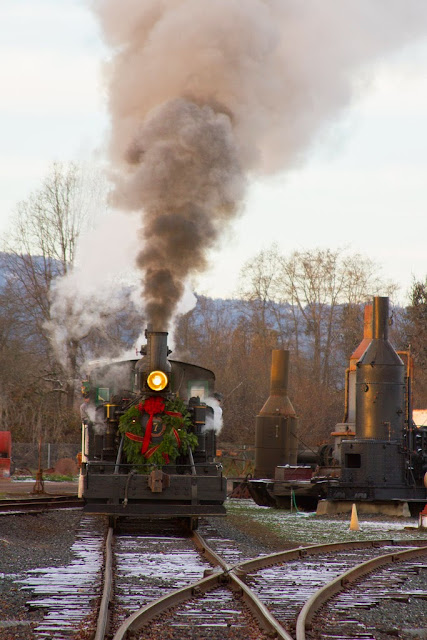 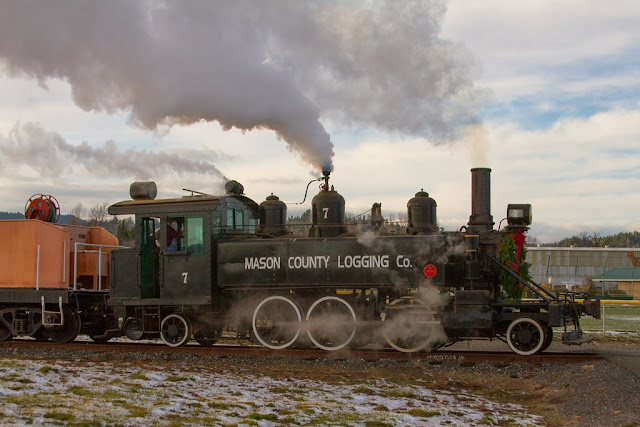 Posted by Christhephotog at 7:55 AM